Yesterday Slicehost announced their acquisition by Rackspace. Both companies provided web hosting services but targeted drastically different client bases. As the Slicehost tag line says “built for developers,” their core clientele are those who know what they are doing and like to be left alone. Rackspace on the other hand caters to those looking for managed solutions and are willing to pay the additional expenses for a fully managed, 24/7 support solution.

As a relatively new customer at Slicehost I was attracted by their low costs and yet small, active, and friendly community. The fact that the owners, Jason and Matt, actively participated in this community was all the more enticing. The change from a large impersonal corporation to a smaller responsive company was a fresh breath of air. If someone had a request or suggestion, that person could feel assured that the guys in charge heard it and did their best to make it happen within their business model.

Many in the community have voiced their congratulations as well as their concern over how this aquisition will affect service. History has shown that it often results in a degradation of customer satisfaction. Slicehost staff have reassured customers that although some things will inevitably change their core service and level of support will not. In an informal comment made by one associate, it was mentioned that all of the staff at Slicehost were on board with the acquisition and nobody was leaving the company. 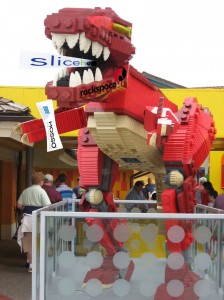 The plan as I understand it is that Slicehost will continue under it’s own brand as a service dedicated for developers while the technologies that they have refined with xen virtualization will be used by Rackspace to provide an extension to their Mosso hosting cloud service under the name Cloud Serversâ„¢. At the moment server pricing plans seem nearly identical to slices that are available through Slicehost.

While I do have some concerns I feel that if executed properly this acquisition could greatly benefit everyone bringing lower prices and a larger product variety to the market.

Other links of interest